Launching in July 2021, Xpansion is a decentralized strategy game set in the future featuring virtual worlds powered by NFTs. The game also features decentralized land asset management and land development, meaning the ecosystem is fully powered by its players as a Decentralized Autonomous Organization (DAO).

Xpansion revolves around settling planets, accumulating resources, and building economic bases. Once players create their empires, they can raid rivals for their resources and defend their colonies against invasions.

The game also features the XPS token, the native cryptocurrency on their platform living on the Binance Smart Chain. Users can mint XPS via their Land NFTs and use the tokens to upgrade their settlements with resources to receive even more rewards. Users can also stake their XPS to other players’ Land to receive dividends from their pool.

You can purchase XPS on PancakeSwap or Biswap.

Launching in November 2021, as the name suggests, BlockchainRPG is a blockchain-based RPG game built on WAX. It features a digital item Metaverse set in the fictional lands of Aurum.

The game revolves around hunting monsters, collecting resources, crafting tools, and competing against others. BlockchainRPG is built on a play-to-earn model allowing users to trade, buy, and sell their items on the marketplace.

BlockchainRPG features a quad-token economy with different coins being used for various aspects of the game. Users can purchase each of the above coins on the Alcor exchange with WAX.

The game also features NFT collections on AtomicHub and NeftyBlocks that users should check out if they want to start playing the game.

Prospectors is an MMORPG blockchain-based game originally built on EOS but has since transitioned to WAX. The game revolves around starting a business and mining gold via various activities.

Users can build various assets, trade items, and resources on the marketplace, unite with other players to increase rewards, and earn PGL tokens with real-world value.

Prospectors is one of the longest-running games on this list, initially launching in 2019. The fact that the team has stuck with the project through thick and thin and even transitioned to a better blockchain shows that this game has real long-term potential.

If you’re looking for a new blockchain-based game to try out, I highly recommend Prospectors.

Launched in August 2021, Farmers World is one of the largest communities of NFT games, with over 80k players on its platform in the past seven days alone. It’s the top farming game in crypto and the second-most popular blockchain-based game on the WAX blockchain.

It has one of the most popular NFT collections on AtomicHub, allowing users to purchase various items and buildings for farming.

Along with mining GOLD and NFTs, users can breed animals like Chickens and expand their farms. If you’re looking for a high-quality NFT farming game, I highly recommend Farmers World.

Launched in April 2021, Alien Worlds is the most popular game on the WAX blockchain, with over 1.43 million users in the past month.

Alien Worlds is a play-to-earn game allowing users to mine Trillium (TLM) with NFTs. Players are given a free shovel on sign-up and can start mining right away.

Users can also upgrade their setup with rare and legendary NFTs to increase their mining power. Players can mine various planets, all separate Decentralized Autonomous Organizations (DAOs).

One unique aspect of the game is how users can purchase Land and charge others fees for mining. For those looking at buying Land, currently, the cheapest one on the market costs 19,000 WAX ($8,424).

You can purchase TLM on Binance, KuCoin, FTX, Poloniex, Bittrex, PancakeSwap, and more.

Disclosure: This is not trading or investment advice. Always do your research before buying any cryptocurrency. 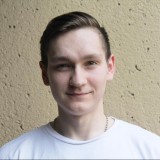 « What Are Metaverse Crypto Coins And What Are The Best Metaverse Games On The WAX Blockchain To Invest in?
Goldman Sachs Predicts Bitcoin’s Worth May Surpass Gold’s Value As Price Could Reach $100K By 2027 »

Sophie
Feb 1, 2022 1 min read
Have A Story? Get Featured On Waxfury Plus 100+ More Exclusive Crypto News Sites Tell Me More !